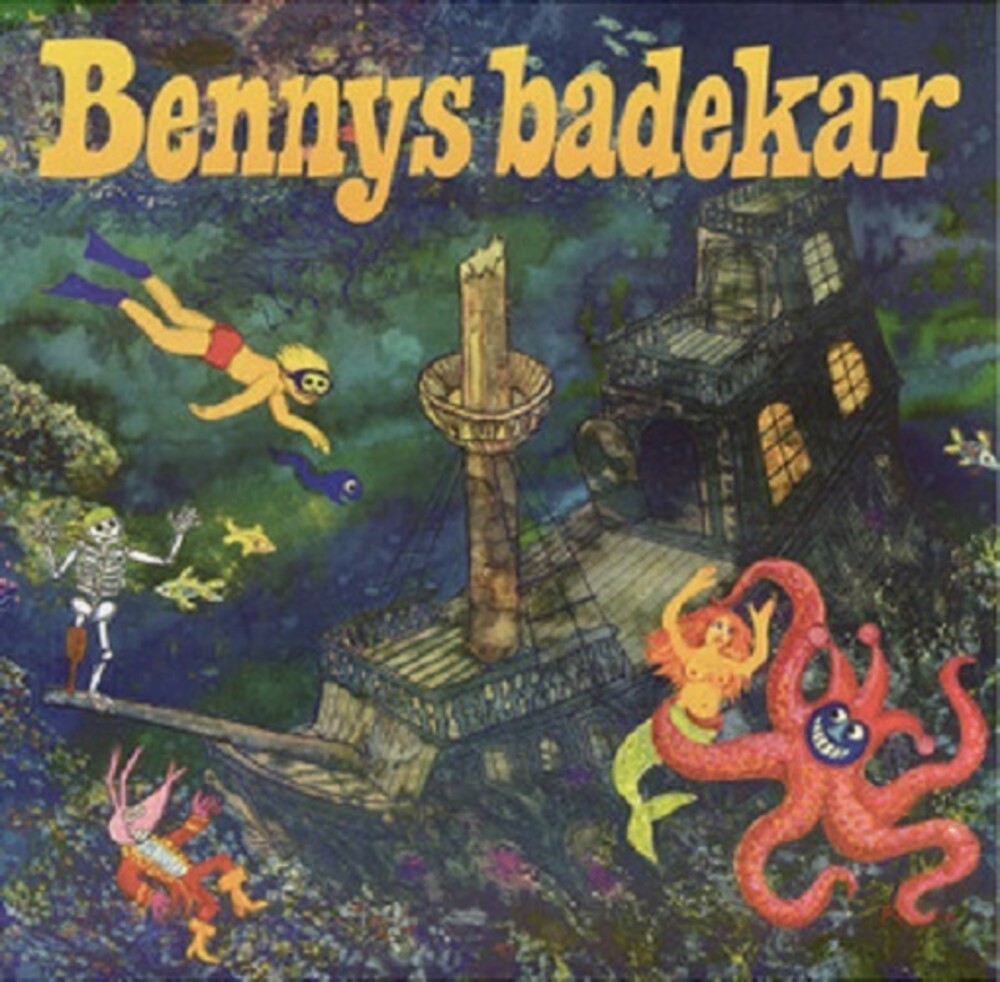 If you are into jazz-funk and soundtrack, the Danish soundtrack to the animated 45 minutes children's movie "Benny's Badekar" (Benny's Bathtub) from 1970, is your number one record to come out of Denmark from those glory days. The record is renowned for the strong jazz team, featuring jazz heavyweights of Copenhagen anno 1970 - such as Allan Botschinsky, Kenny Drew, Ray Pitts, Niels Henning Orsted Pedersen (NHOP), Bjarne Rostvold, Finn Ziegler and Christian Sievert. The jazzy vocal tracks are sung in danish by the cream of danish 60s pop and rock, such as Peter Belli, Otto Brandenburg, Poul Dissing and Trille. Originally released as a 4 track 7" EP in 1970, it has now been expanded with new tracks and extra material, nicely put together like a children's record from that time of period. Now you have all the music from the movie, plus some of the cool dialog in Danish and a bunch of passages of psychedelic sitar-ish "underwater music" to fill the gaps. Being a cult movie in Denmark - the music has stood the test of time. Apart from being honored and loved by the danish people, these tracks do have that extra something. It's pop, it's jazzy and has a psyched edge to it, making it a record to suit tastes beyond borders. Check out the funky "Octopussong"/ "Blækspruttesangen" the uptempo Caribbean inspired theme "Bennys Badekar Tema", the jazz psyche "seahorsesong"/ "Sohestesangen" or the good slow and mellow "Mermaidsong"/ "Havfruesangen" or enjoy the weird mix of Eastern European accordion and darbuka drum on "Piratesong"/ Soroversangen.