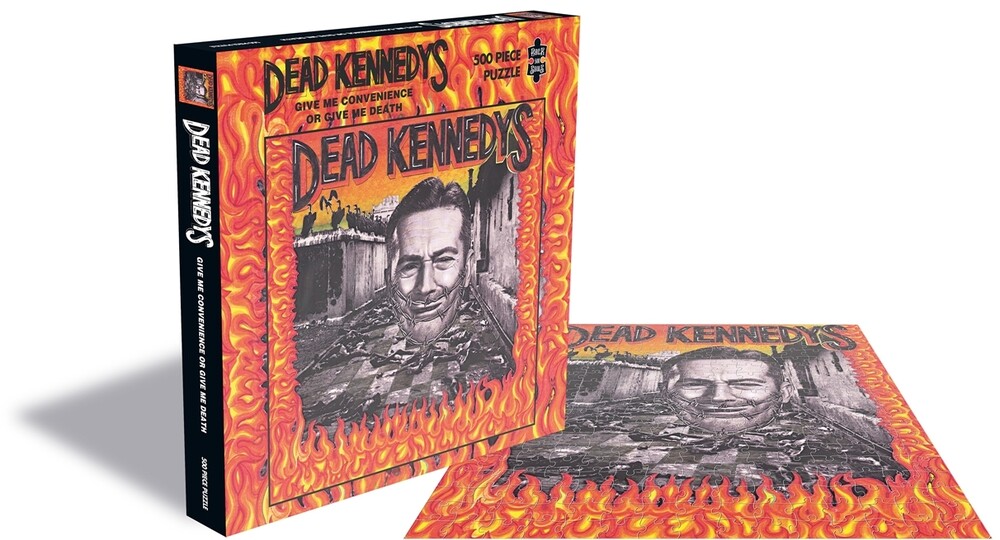 Released in June 1987, "Give Me Convenience Or Give Me Death" is a compilation album by the American hardcore punk band Dead Kennedys. The album consists of songs or versions of songs that were not released on the band's studio albums. The album topped the UK Independent Albums Chart in the year of it's release and was certified gold by both the BPI and the RIAA in December 2007. The album's iconic cover art is now available as a 500 piece jigsaw puzzle printed on high quality board.500 pieces Weight: 490g Jigsaw size: 41cm x 41cm Box size: 30.9cm x 30.9cm x 2.8cm
back to top